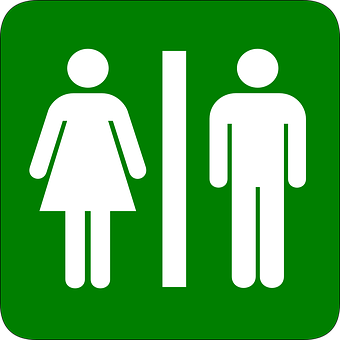 Did you know that bathroom or toilet phobias are more common than we think? Clinicians classify these phobias as anxiety disorders and a kind of social phobias.

After taking an unofficial poll from random folks regarding their thoughts about public restrooms this question has been asked,”Can you name one of your biggest pet peeves when using public restrooms?” Interestingly, before they answered the question, simultaneously a strange and sudden snarl of the lip together with a look of disgust appeared.

Germaphobia is one of those states that heighten restroom anxiety especially when patrons are dining in a popular eating establishment. The next pet peeves are, but not limited to the total concern patrons have with public restrooms, while it’s at a department store, movie theater, sports arena, office building or interstate rest area.

If any of these answers sound remotely familiar to you, guess what? You’re not alone. One often wonders about the type of hygienic habits many people practice at home when they do not respectfully use public baths as we expect them have the common courtesy to avoid leaving a repulsive mess afterward. People should not simply assume that someone else is paid to clean up their mess that looks like a crime scene when they are finished.

Fear and anxiety resulting in such phobias operate on the brain and sends signals where the imagination envisions invisible germ monsters permeating through the air, creeping from the pores, cracks, and crevices in walls, floors, vents, toilets, and door handles. Such anxiety disorders can mimic traits of obsessive-compulsive disorder (OCD) or agoraphobia.

Parcopresis is a type of phobia where victims fear sitting back on bathrooms or being confined to the tightly enclosed area of the toilet stall, with the inability to defecate in public toilets. Paruresis is a disease affecting individuals who are unable to urinate no matter how much distress they may be in.

Such symptoms can be stressful and crippling, but there are treatments for these disorders such as hypnosis and hypnotherapy. Business establishments have an obligation to provide and maintain clean restroom hygiene which is a direct reflection on their overall client service ethic.